The rise and rise of the Tour de Yorkshire 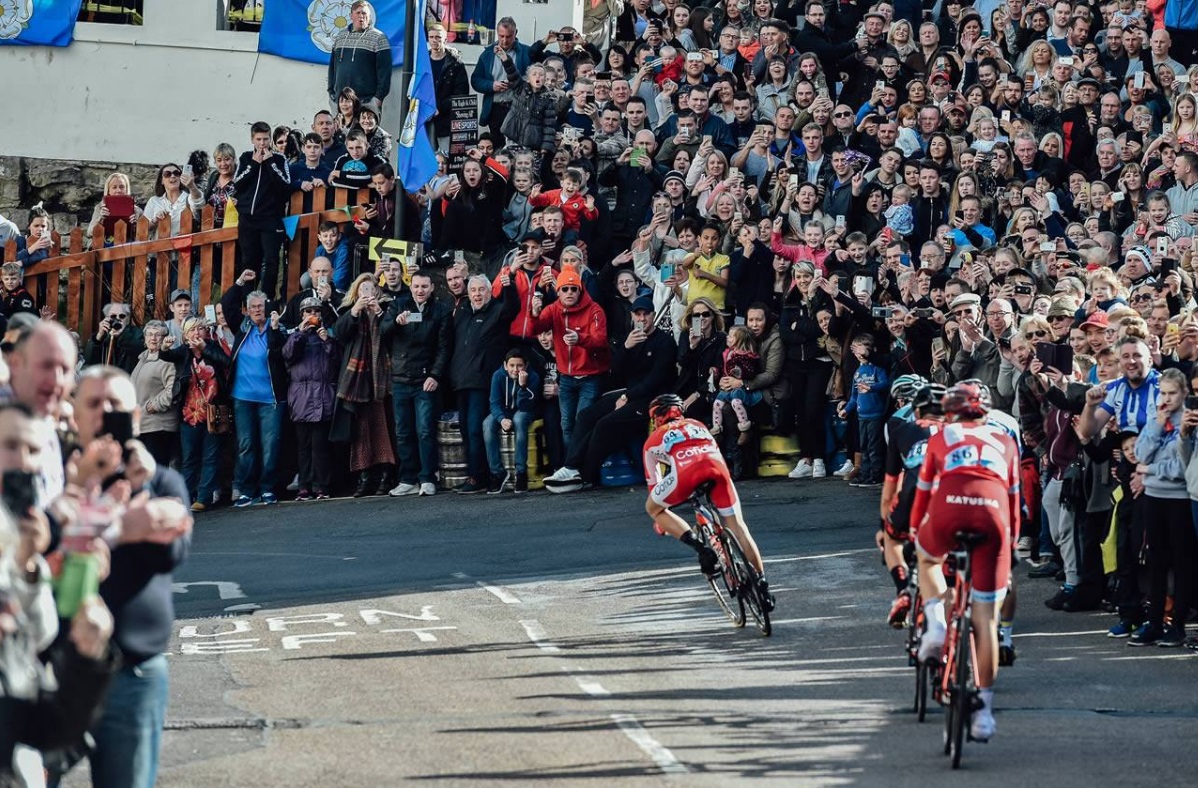 Thinking back to 2013, after the news that Yorkshire would be hosting the Tour de France’s Grand Départ in 2014 had been confirmed, I can remember colleagues in the foreign media asking me where this place Yorkshire was. “I’ve never heard of this city. Is it near Leeds?”

Two years on, and following the conclusion of the second edition of the Tour de Yorkshire, anyone who has even the vaguest interest about what is happening on Planet Cycling is sure to know where Yorkshire is and how it is continuing to take the cycling world by storm.

Last weekend’s race could have ended up as a disappointment given the unseasonably cold weather that left the higher parts of the Dales and Moors covered with snow and, particularly, the loss of TV pictures on the Saturday, which meant that the first edition of the Women’s Tour de Yorkshire, the richest women’s race in the world, could not be broadcast. However, almost everyone, from ASO’s race director Christian Prudhomme to the fans who packed the final stage finish on Scarborough’s dramatic North Bay agreed it had been another incredible success.

There are many reasons why this three-day race that sits rather awkwardly between the end of the Classics and the start of the Giro d’Italia has flourished. The principal one, though, is the enthusiasm with which the Yorkshire public and cycling fans across Britain have embraced the event. Prudhomme pointed out that other races should take note of Yorkshire’s engagement with its race, which is most obviously seen in the numbers packing the roadsides in every town, village and hill – an estimated two and a half million of them over the second edition’s three days.

The Tour de France, the Tour of Flanders and Paris-Roubaix attract similar crowds, but these are three of the greatest races in the sport, each with a history dating back more than a century. Yet, apart from the brief flickering of the Leeds Classic World Cup race in the mid-1990s, Yorkshire has little history in the professional sport. So why are two million and more people turning out in the wet and cold to watch what had until recently been a niche sport?

Yet there’s a more fundamental basis to the Tour de Yorkshire’s success. There’s an old joke that says: ‘You can tell a Yorkshireman, but you can’t tell him much!’ The inference is that people from Yorkshire like to talk, but aren’t so good at listening. And what they like to talk about mostly is what a wonderful place Yorkshire is. Most Yorkshire folk can’t understand why anyone would want to live anywhere else. My neighbour – I live in West Yorkshire – tells me that he opens his curtains every morning and feels like he’s on holiday, and that’s despite the fact that today is the first day this year the temperature has gone above 15°! Like the País Vasco, Catalunya, Brittany or Flanders, Yorkshire is God’s own country to the locals and cycling is now their sport.

Related Topics:Tour de Yorkshire
Up Next